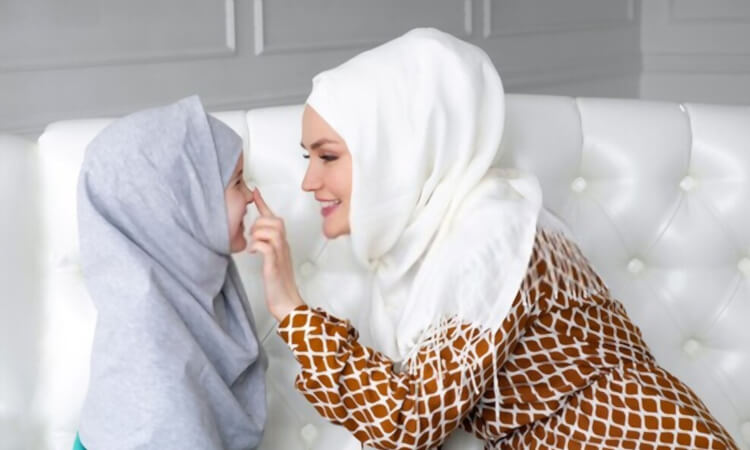 Also, this article is a reminder for those Muslim women who wear hijabs. It will remind them why they should continue wearing the Hijab. The Muslim women wearing a hijab have become the center of attraction globally.

Furthermore, the number of women wearing Hijab is recently growing in western society. Many Muslim women appear in the media with their Hijab on. While many are welcoming the issue, others are still skeptical about it.

Hence, it is essential to clarify their misconceptions. Muslim women wearing Hijab should be made to feel comfortable and welcomed. They deserve to be honored and understood for their courage to take Hijab as their everyday dress code.

What is a Hijab?

Hijab (veil or headscarf) is a piece of clothes Muslim women wear to cover themselves. In Islam, the Hijab is used as decency and modesty. Muslim women use it when they are outside or in the presence of males.

The word Hijab is clearly mentioned in the Quran. It is used there to refer to a barrier or a curtain. Hijab sets Muslim women apart from others and provides a sense of security. It saves them from any social evils.

With the Hijab on, Muslim women feel confident because they know they are well-covered. In this way, they can move freely in places where men gather. Hijabs grab the attention when there is a battle between truth and falsehood. It is part of Islamic culture.

Hijab is more than just a religious symbol. It signifies a woman’s surrender and connection with the Creator and faith. Mentioning this, Allah says,

“That is more suitable that they will be known…”.

All in all, the Hijab is a religious obligation that a Muslim girl has to observe. It is clearly understandable from the Quran and Hadiths. Hence, Allah has mentioned it in the Quran again and again.

Why Do Muslim Women Wear Hijab?

Hijab has always been a sensitive issue. Lately, it has been attaining a lot of attention because of legislation in different European countries. Many countries have banned its use in the government and educational institutions.

The truth is clear and undeniable for women who wear the Hijab because of their religious beliefs. However, it can be confusing for others with limited knowledge about the Hijab. So for them, it is essential to understand why Muslim women wear Hijab.

The primary intention of the Hijab is to protect women from evil eyes. And referring to this, Allah says;

And let them not stamp their feet to make known what they conceal of their adornment. And turn to Allah in repentance, all of you, O believers, that you might succeed.” (Quran, 24:31)

“O Prophet, tell your wives and your daughters and the women of the believers to bring down over themselves of their outer garments. That is more suitable that they will be known and not be abused. And ever is Allah Forgiving and Merciful.” (Quran, 33:59)

Whether they admit it or not, men are the saviour of lust and desire. This innate desire is exacerbated by the wanton display and tamed by modesty and covering. A Muslim hijab helps a woman liberate herself from the selfish desire to show off her beauty.

A woman with a hijab does not have to live up to society’s expectations. She no longer has to use her beauty to gain recognition or acceptance from those around her. Quran Chapter 33 verse 59 says,

“This is more appropriate so that they may be known [as Muslim women] and thus not be molested [or harassed].”

This verse denotes Hijab protects Muslim women from any abuse and harm. It protects them from sexual harassment, common in societies where very few women cover.

When women reveal their bodies, men often think that women are expecting them. On the other hand, when women wear Hijab, men get a signal that the wearer is a modest woman. So, she should be treated with respect and also should not be annoyed.

Hijab is an Identity for Muslim Women

In Islam, the Hijab is the main identification of a Muslim woman in a certain sense. Islam has made things easier for women. It gives them valuable privileges in the home and also in society.

They have the right to be educated, buy their things, earn money, family legacy, and be treated with love. Gratefully, Muslim women are pursuing the finest education lately. They are gaining all their basic rights with the Hijab on.

In many countries, women are being recognized for their unique attire. Many are still thinking that women are at risk due to their clothing. However, women are more comfortable now in the Hijab, even in hot weather.

Girl’s Hijab Leads to the Reward of Paradise

In the Qur’an, Allah promises paradise to believers. Muslim women who express their faith in Islam and Allah through the Hijab get the reward of paradise. That is the way of eternal truth.

Why Do Muslim Women Wear Niqab?

Some Muslim women also wear a niqab, also named as a face veil. The niqab covers a woman’s face wholly, excluding eyes. It is the best practice and highly recommended by Muslim scholars.

Islam never forces an individual in any matter, such as wearing Hijab or praying. Likewise, Muslim women shouldn’t be forced to wear Hijab in Islam. Instead, it focuses on people understanding the importance of obeying Islam.

Muslim women should follow the path of obedience to Allah. If a Muslim woman wears a hijab with the intention to make Allah pleased, she is awarded for her effort.

The Muslim Hijab is a barrier between a Muslim woman and a man. It never prevents a woman from gaining knowledge and contributing to the betterment of society. Instead, they get the freedom and courage to face society.