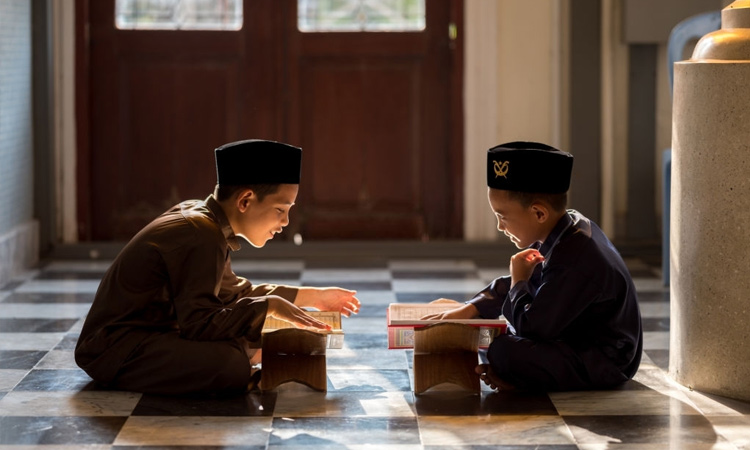 What is Islam? This is a question we are certain most of you can answer, as we all know Islam is a religion. However, the real question here is how much do you know about Islam. It is crucial to learn about and understand the religion in order to practice it correctly.

Therefore, to help you in this journey, we are here with seven major facts about Islam that will help to strengthen your knowledge about the religion.

In this article, we will dive into a discussion about Islam facts for kids that we are certain you will find interesting. GIS’s aim is to tickle your curiosity about Islam so that you will be encouraged to learn more and practice it in the right way.

In this section, we will discuss seven interesting facts about Islam. We hope our discussion will help to enlighten you and increase your knowledge about this religion.

Islam is one of the three monotheistic religions in the world. This means Muslims, the followers of Islam, believe there is only one God and that He is the only God who should be worshipped. According to Islam, Allah is the one true God.

Islam is a new religion. It was only established 1400 years ago and has been practised consistently ever since. In fact, it is believed it the fastest-growing religion in the world right now. Study shows there are about 1.6 billion Muslims all around the globe.

Muslims read and follow the holy book – Quran. They believe the right way to lead life has been instructed in Quran and the Sunnah’s – examples – set by Prophet Mohammad (PBUH). The Quran is written in Arabic and is recited by Muslims regularly.

It is said that Allah sent messengers and Prophets of Islam for generations to make people aware of the religion. According to studies, there were around 250 000 Prophets and Messengers who were sent. Prophet Muhammad (PBUH) was the last messenger and prophet of Islam, who established the religion 1400 years ago.

Islam had five pillars that every Muslim should follow and try to practice. These pillars help Muslims to lead a more disciplined and ethical life if practised correctly.

The five pillars of Islam are:

Prayers are important for everyone, especially Muslims. Muslims are obligated to perform their five daily prayers. These prayers help the believers be more disciplined about their life, routines, and time. The prayers include Fard, Sunnah, and Nafls. These could be considered as three different branches of prayers.

While Muslims worldwide follow different schools of thought with the same premise of belief, there are two main groups of Muslims. They are the Sunni and Shia Muslims. About 75 to 90 percent of Muslims are Sunni, while 10 to 20 % of Muslims are Shias or Shiites. Other groups include Alevis in Turkey.

Like every religion in the world, Islam has its complexities. However, it is also a simple religion that teaches us to become good humans. Therefore, it is your duty as a Muslim to represent Islam correctly by practicing love, kindness, and humanity.

We hope our seven major Islam facts for kids helped you to understand the basics of the religion. Islam is an interesting religion with a lot of information that needs to be studied and learned. We encourage you to learn and explore more to understand and practice it better.